First Triathlon In The Books!

Now life doesn’t always work out as you had planned it and sometimes pushes you in another direction, which you can resist and fight or eventually just accept, re-evaluate and see how to move forward best.

Five years ago I did my first World’s Toughest Mudder, November of 2013 at Raceway Park, in Englishtown, NJ. I did well, loved and hated the experience, 83 out of 900 contenders having done 60 miles and was hooked on seeing how far and hard I could push myself by getting as comfortable being uncomfortable as possible. Fast forward to 2016 and I managed to push myself further than before doing my fourth WTM, my third one out in Henderson, LV achieving 75 miles and coming in 40th out of 1200 contenders. 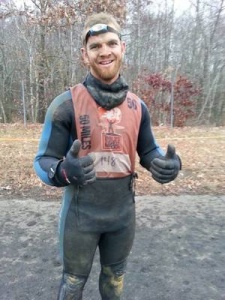 2017 saw the addition to the new qualifying event, America’s Toughest Muddder which is an 8 hour event with a similar format to the WTM. So January there was a combo deal special for the Midwest Toughest & Worlds Toughest Mudder with my goal of hitting 100 miles and the posibility of a new venue I booked my spot at both. 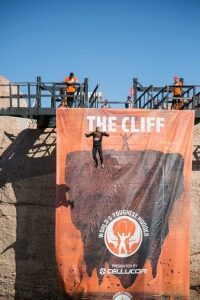 Now life doesn’t always work out as you had planned and sometimes pushes you in another direction, which you can resist and fight or eventually just accept, re-evaluate and see how to move forward best.

Two years ago I met a pretty amazing woman in the US of A, who for some reason likes me ALOT and still does, (sure it’s just cause I have the trifecta…well I do have the Spartan Trifecta but I’m talking about the beard, the accent and these devilishly handsome good looks! haha). Now not getting into politics here but there was a change in administration happening and immigration became a hot topic, so she decided that I wasn’t going anywhere and we tied the knot in October 2016 (If you didn’t know I’m South African). With this came some fees for immigration filing, an immigration lawyer, and since my work visa was expiring in December I would have to wait on my work authorization and would not be allowed to work till it came, which took four months into the new year and that meant no income from me.

In February after discussing with my wife, I decided to take on an Ironman with a little push from my good friend Dr. Greg, at Upright Health Muscle & Joint Care. It was panning out to be a solid 3 months at the end of the year for pushing myself with endurance events, Aug 28 America’s Toughest Mudder 8 hour in Rockford , IL. Sep 10 Ironman Wisconsin 140,6 miles in Madison, WI. Nov 11 WTM 24 hour in Henderson, LV.

Last year I came across Make-A-Champ which is a crowd funding site for athletes and decided to take a chance with it as I was almost not able to make WTM last year. Through people’s generosity and a huge helping hand from Dan & Kristy the owners of Crosswinds Crossfit in Lakeville for getting the box involved to help me reach my goal I was able to go. 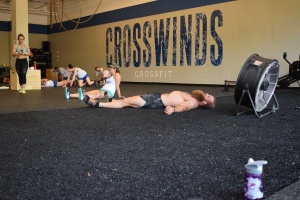 This year with all the immigration stuff and debts from not being able to work along with some other financial burdens, funds have become super tight. Not being a sponsored athlete, I thought about running my Make A Champ campaign again, but decided that I’m not going to rely on other peoples hard earned dollars to fund my dreams and goals.

Which has sadly brought me to finally give up my Midwest Toughest and WTM tickets and pass them on to somebody else as I have spent so much time, energy and money into Ironman, that it has become my main focus. This also comes at a huge cost though and instead of asking for donations from friends and family I am looking too build relationships with companies that would potentially be interested in a sponsorship of sorts, if its by advertising through my different media outlets, branding on my race kit, me showing up and helping out where I can or trading services, we can work something out. 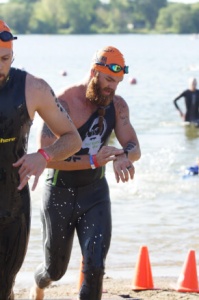 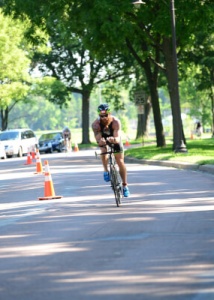 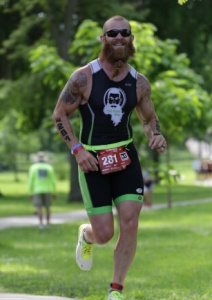 There are many things that still need to get covered such as travel expenses, accommodation, equipment, nutrition, coaching, race kit etc.

If you are a business owner or know somebody that could potentially help I would be happy to get in touch with you to see what I can do for you and what we can work out to fit your requirements.

I’m on the web at: www.tbgoutdoors.com

I am affiliated with  Foundation Training and a certified student instructor

First Triathlon In The Books!